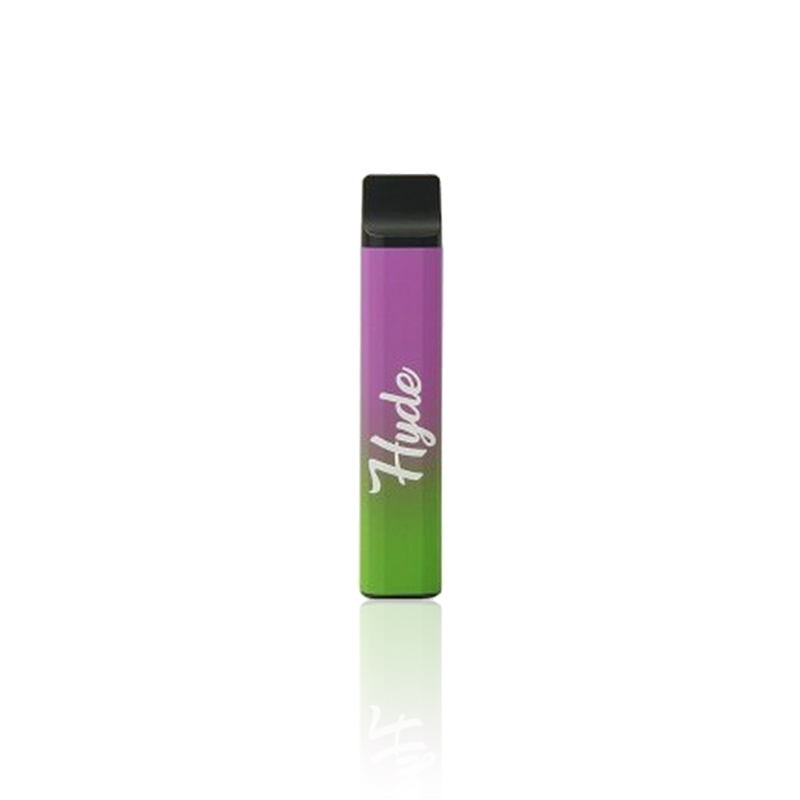 Vaping is becoming more appealing everyday. Today, there are a lot of portable disposable pod systems to choose from for a smooth and long-lasting vaping experience. Vapes have proven to be more reliable and safer than traditional cigarettes with lower risk factors. Today, people looking to switch from smoking cigarettes can simply pick up a vaping device. There are many disposable pod system on the market today, one of them is the Hyde Edge.

You can get the Hyde Edge at the Black Vapors online store for only $12.95. This vape shop is known for its bargain prices and discount offers. For example, you get 10% off your first order at this store.

The Hyde Park disposable pod system is designed to be able to hold more e-liquid than the average pod system. It comes with a prefilled e-liquid capacity of 6ml. The battery capacity of the Hyde Edge is 1100 mAh. This device will give you approximately 1500 puffs from this device before you’ll need to dispose it. You can vape for a very long time before it runs out of e-liquid and the battery dies.

When you order from Blackout Vapors, you can expect the product(s) to be delivered within 2-3 working days.

The American Cancer Society (ACS) continues to ease its stance on vaping. On Monday, the organization reiterated its call for electronic nicotine delivery systems (ENDS) to be promoted as an alternative to help smokers quit.

According to www.soupwire.com, the ACS noted in a press release this week that many smokers are ill-informed about tobacco products and the role of nicotine in tobacco-related diseases.

“Many adults believe, erroneously, that ENDS are as harmful as combustible tobacco products, and the level of public understanding has deteriorated over time,” the ACS said.

There is a growing body of evidence to show that using electronic cigarettes is a healthier alternative to smoking. Although vaping delivers nicotine into the body, there is no combustion. Therefore, carcinogens and other harmful chemicals are not released. When you use an electronic cigarette, the e-liquid is vaporized without any burning.

“Thus, public misunderstanding underscores the urgent need for consumer education about the absolute and relative risks posed by different tobacco products and to invigorate smokers’ understanding of the importance of quitting combustible tobacco,” the organization said.

Tobacco is one of the leading preventable causes of death in the US. Cigarette smoking is responsible for over 480,000 deaths annually in the US alone, according to the Centers for Disease Control and Prevention (CDC). In 2016, up to 37.8 million adults in the US were estimated to be smokers.

The ACS’ decision to back vaping as an alternative to smoking is in line with several studies that have been conducted on the subject. In 2016, the UK Royal College of Physicians released a 200-page report stating that vaping is a better choice than smoking. According to the report, the use of electronic cigarettes is unlikely to expose an individual to more than five percent of the harm associated with smoking cigarettes.

Another study published in the journal Tobacco Control in 2017 revealed that opting for vaping instead of smoking cigarettes could save millions of lives in the US. The study, conducted by researchers from the Georgetown Lombardi Comprehensive Cancer Center, revealed that vaping could save the lives of up to 6.6 million smokers over a period of 10 years. The researchers called on public health officials to promote vaping as an aid to quit smoking.

Vaping has been widely touted as an excellent way to help cigarette smokers kick the habit. According to a study by the University of South Wales, electronic cigarettes have been instrumental in assisting smokers to quit. The study, which was published in the Internal Medicine Journal of the Royal Australian College of Physicians, noted that in countries where electronic cigarettes are readily available, there has been a rise in the number of people who have successfully quit smoking cigarettes.

“This latest paper just reinforces [that] the clear international experience of e-cigarettes has been positive, with Public Health England finding that they are 95% less harmful than cigarettes,” Tasmania Senator Eric Abetz said.

Meanwhile, in a recent report, the Press Trust of India quoted R.N. Sharan, a senior professor of biochemistry at the North-Eastern University, explaining that vaping could reduce the chances of developing cancer by up to 92 percent.

“Cancer is caused by carcinogenic elements generated from burning of organic leafy elements at a high temperature of around 700-750 degrees Celsius in conventional cigarettes. In e-cigarettes, there is a huge reduction of such elements to the tune of 90-92 percent,” Sharan said.

Although the ACS is easing its stance on vaping, the organization still advocates for completely quitting as the way to stay healthy. According to the ACS, the long-term effects of vaping is still unknown. However, with more studies being conducted into the use of electronic cigarettes, it wouldn’t come as a surprise for the ACS to give its complete support to vaping in the future. For now, this vaping news is something for every vaper to celebrate.